“Great things in business are never done by one person. They're done by a team of people.” -Steve Jobs, Founder, Apple Inc. 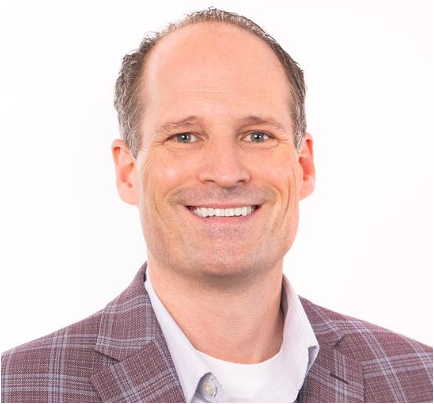 Tim Campsall is an award-winning trainer, certified Business Coach and business owner of a local ActionCOACH Franchise here in Indiana - with a home office in Noblesville and a space in Carmel for seminars and group meetings.

Tim was born and raised in Canada and moved to the US in 2005.  He started working at the age of 15 at a local gas station where he opened the store on the weekend at 6am while the owner slept in. Then he spent 28 years with a very successful career of managing businesses and coaching leaders within corporations.

Tim has been married to his beautiful wife, Petrita since 2013 and has 3 stepsons: Tony, Enrique and Adrian. The rest of Tim's family are in Canada.

In that same time, he coached, trained, taught and mentored well over 300 people. He has found it very fulfilling to see someone he invested in grow and develop into someone that can do his job even better than he can do it.  People he coached have gone on to become Vice Presidents, Presidents and a CEO of corporations here and in Canada.

Tim was recently recognized as a Top 100 Coach within the world's #1 Business Coaching Firm - ActionCOACH. ActionCOACH has about 1,000 coaches in 80 countries around the world.

As a business owner himself, he knows what it is like to worry about the day-to-day survival of the business and making the amount of money needed to run his business and provide for his family. He understands what it’s like to put in long hours and wonder what happened to the dreams and vision we had for our life and future. 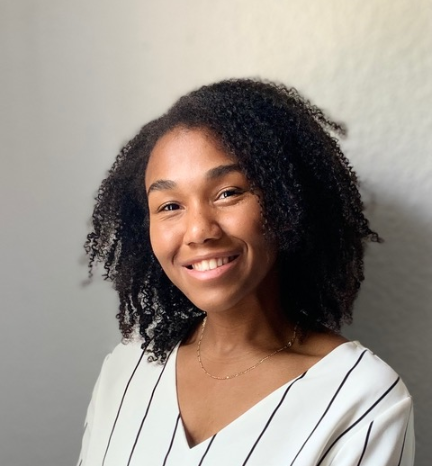 Previously, she has worked for NVB Playgrounds as digital media marketing manager, specializing in social media planning and execution. During her time with NVB Playgrounds, she increased the company’s social media engagement by 60% and following by 42%. Additionally, she took part in executing successful email campaigns that garnered a CTR of 3.4%.

She understands the importance of businesses to advance to the next level and the hurdles that may also come. She also believes in overcoming these obstacles with knowledge and mentorship - a pillar of TBC ActionCOACH’s mission.

Briana is an Indy native having attended Shortridge High School and North Central High School. It was during this time she discovered her interests in writing and graphic design. Pursuing her interests, she attended Ball State University to obtain a bachelor’s degree in Public Relations and Marketing in the spring of 2018. During her time at BSU, she completed various internships with the Muncie and Indy community which sharpened her skills in graphic design, social media, email communications, and website development. 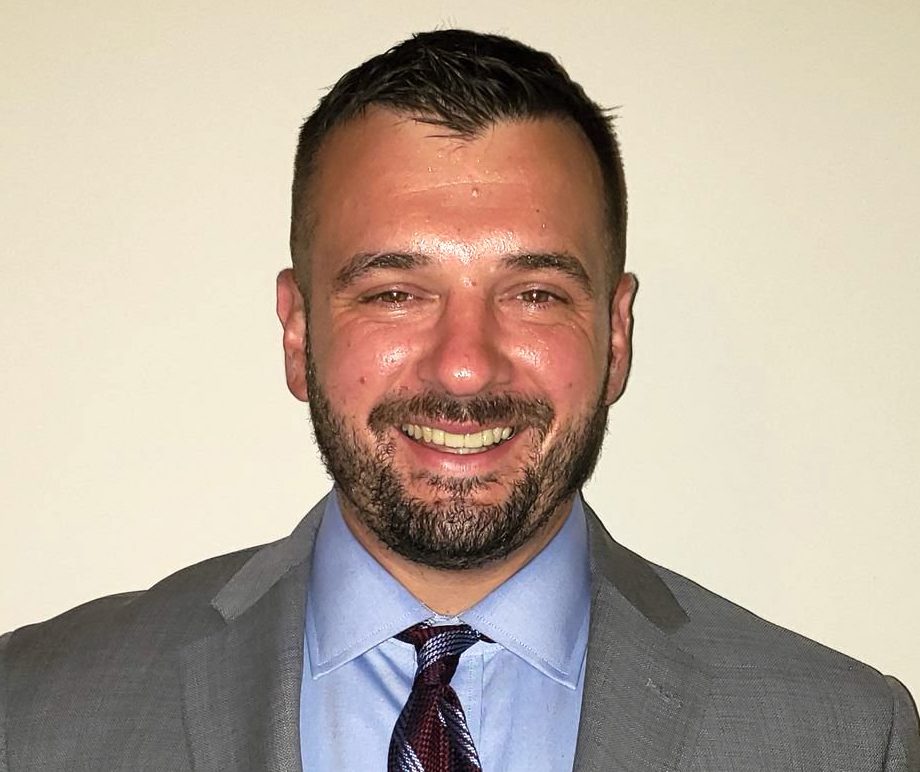 Chris Nikoll is a Business Coach for TBC ActionCOACH. Chris will assist and guide business owners in running a business by helping them clarify their company vision and how it fits in with their personal goals. His goal is to mentor, educate, and motivate business owners.

Chris and his fiancé, Kristina, live in Avon with their three kids, Braxton, Ayden, and Lukas. They enjoy doing outdoor activities such as camping, hiking, riding ATV’s and playing sports.

Chris is a US Army combat veteran. As a Combat Engineer, he worked quickly and skillfully to help Soldiers navigate while on combat missions by constructing bridges, clearing barriers with explosives, and detecting and avoiding mines and other environmental hazards. Also, he provided expertise and came up with quick and creative engineering solutions, constructing fighting positions, fixed and floating bridges, and obstacles and defense positions.

Chris has worked for financial institutions where he conducted preliminary financial analyses to determine if applicants meet established minimum criteria and inform them of the outcome. He collected and analyzed financial and related data to monitor loans according to loan covenants. He explained alternatives, if any, to restructure loans to meet lending requirements if standards are unacceptable. 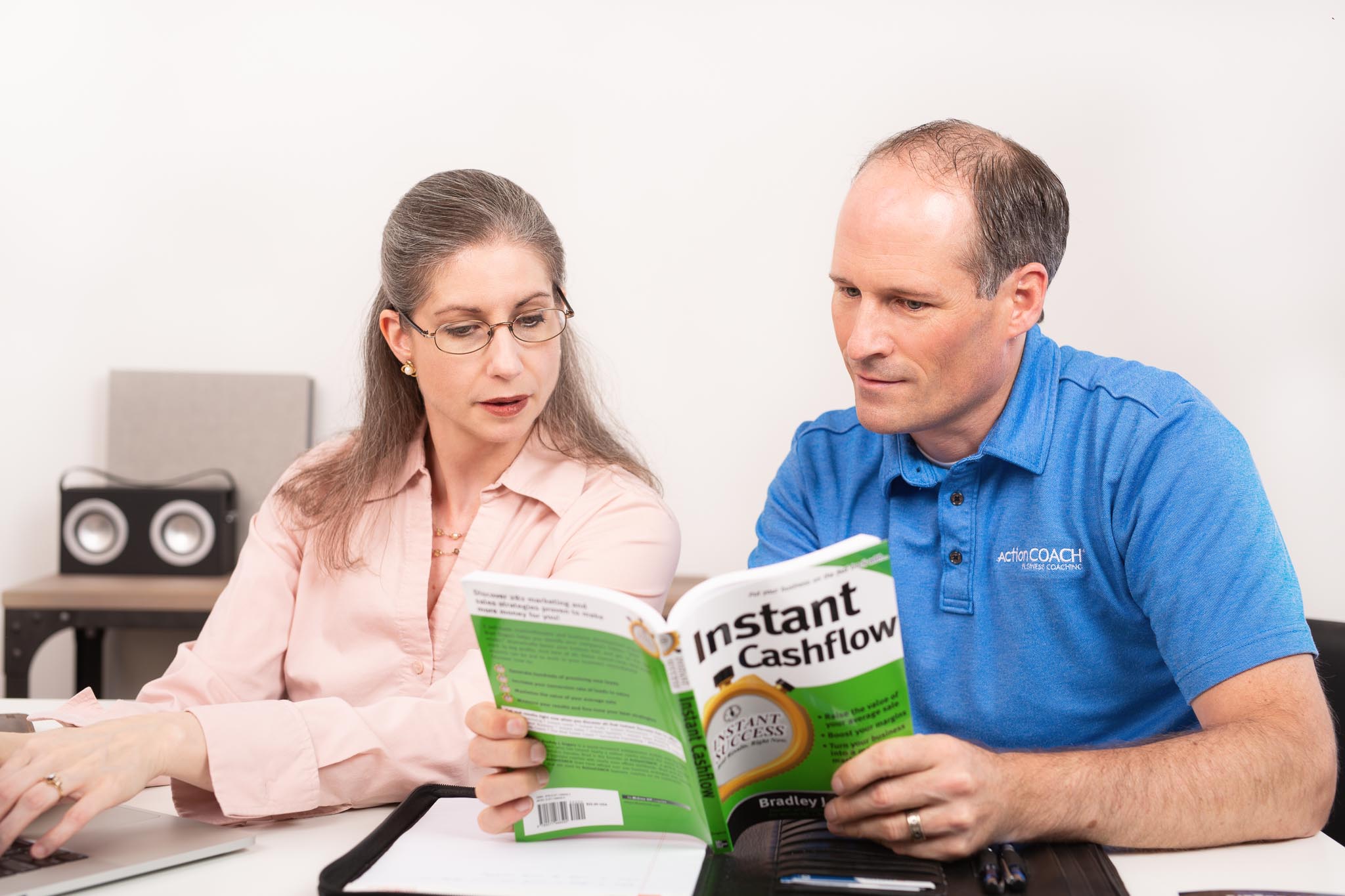 Our tendency is to set conservative goals that are based on a under promise and over-deliver approach.  Your coach will help you to dream large and set big hairy audacious goals.  The types of goals that make you feel both excited and scared.  Along with action 90-day action plans of how to move towards the long-term goals.

Our preference for our comfort zone and fear holds us back from trying new things and pushing beyond the status quo. Your coach helps you replace these fears and negative self-talk with a positive can-do whatever it takes to succeed attitude. We do what we belief. 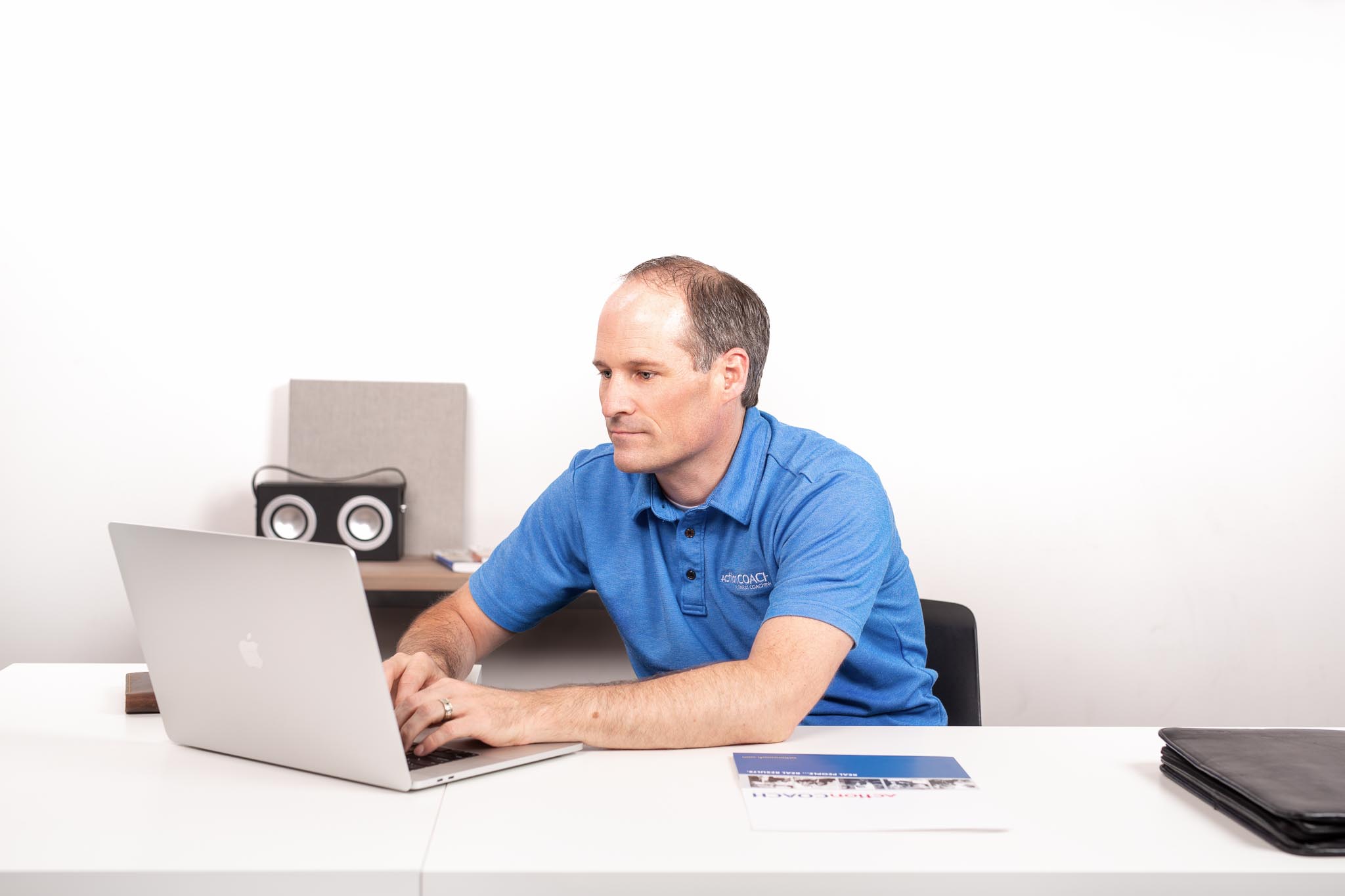 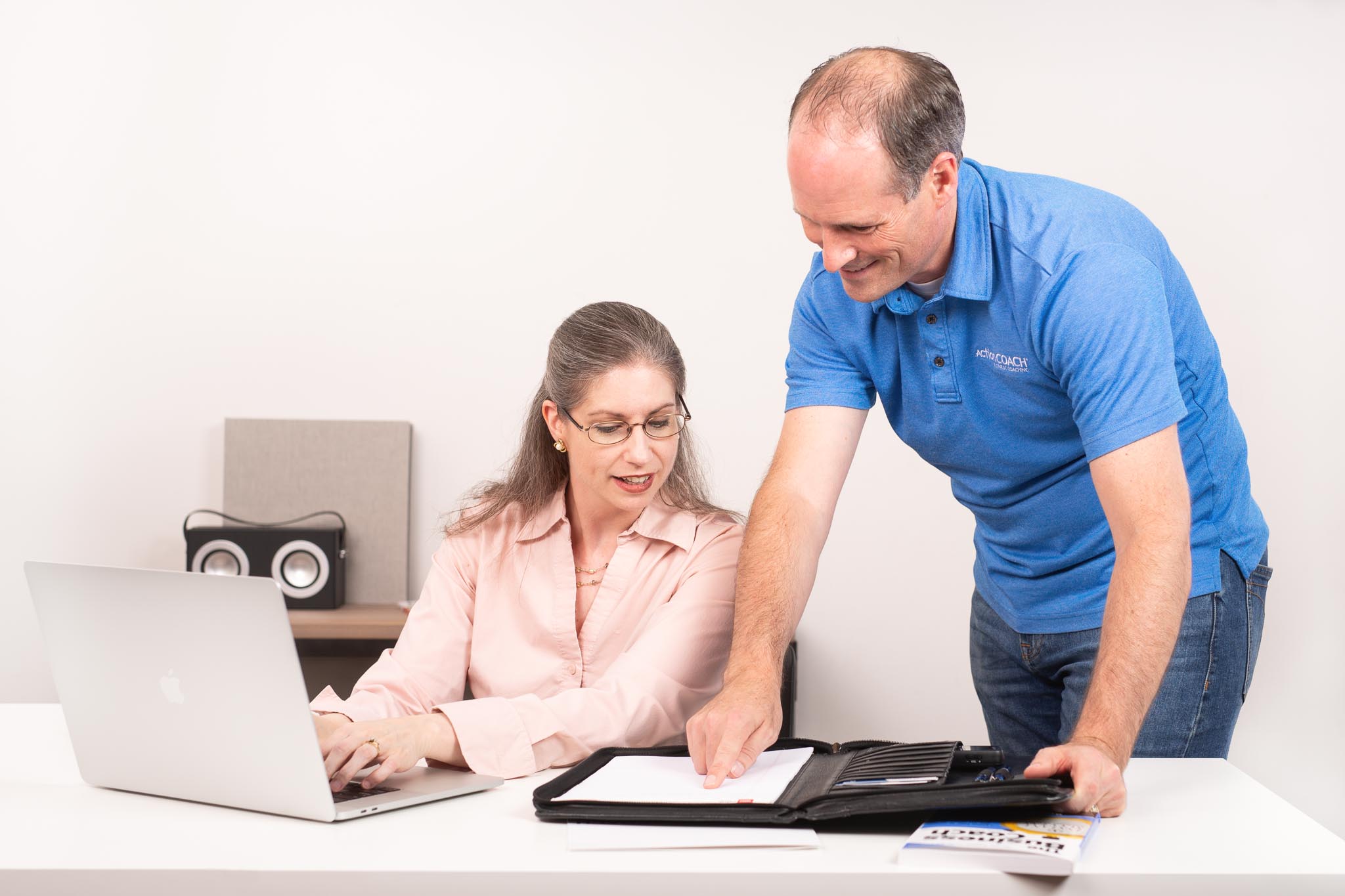 As your business grows, you need to accelerate your personal growth to continue to take your business to the next level. Your coach is a teacher, a mentor, an accountability partner, an outside perspective and a second set of eyes to help you take the right actions to achieve your business and personal goals.

Who is Tim Campsall?

I am a certified Business Coach, providing business help, business advice, business coaching and mentoring services to successful and emerging business owners. I have a passion for helping businesses like yours grow and become profitable, so you, the business owner can enjoy the lifestyle you deserve.

As your Business Coach and advisor, I will help you deliver the results you desire using proven tools, methodologies and systems, tested and perfected over tens of thousands of businesses worldwide for over more than two decades. I will hold you accountable for your results and just like a sports coach, push you to perform at optimal levels. Let's schedule a complimentary Business Coaching session to get started. 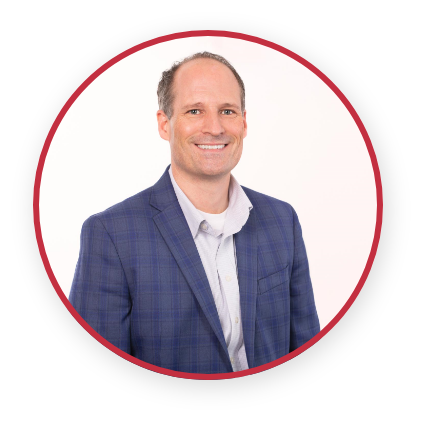 Is an award winning trainer, certified Business Coach and business owner of a local ActionCOACH Franchise here in Indiana. He has over 28 years of experience running businesses and coaching leaders /teams. He provides business help, business advice, business coaching and mentoring services to successful and emerging business owners. He has a passion for helping businesses like yours grow and become profitable, so you, the business owner can enjoy the lifestyle you deserve.

Subscribe to receive business and mindset tips straight to your inbox.

Thank you! Your submission has been received!
Oops! Something went wrong while submitting the form.